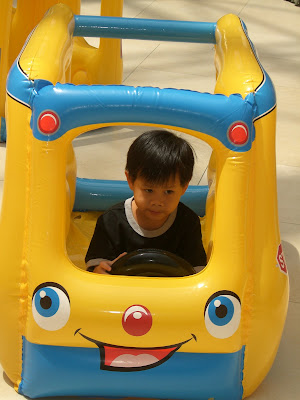 That is a common rant we hear from M these days. Actually it has been like this for at least half a year now.
Somedays he will say he wants to be a baby. Other times, he wants to be just 2. Forever. It all started off early this year when we were talking about some grand party plans for him to celebrate his 5th birthday. Instead of a being the excited little boy who has big plans for the perfect cake and party theme, he cried big fat tears and wailed 'but I don't want to be 5 year old. I want to 4. Always 4 and no 5th birthday for me!'
Over the next few months, the number got smaller and recently he said he wants to go back to mummy's tummy! Huh?
After much probing, he confessed that he thinks it is better to be a baby, or 2 year old like Chipsy. Why? Because ...
1. he doesn't have to go to school and can stay home and play all day long
2. he can still drink milk from a bottle (chipsy still does since we are not in hurry to wean)
3. the only 'work' that chipsy does is with Mama in Mama's school
Actually I think there are other reasons like he probably feels he has more responsibilities and expectations from us. We expect him to clean up his toys and keep his room tidy, put back stuff that he takes out, get himself ready in the morning and follow his routine etc....
From his point of view, his little brother must have an 'easier' life, though we also give Chipsy the same rules when it comes to cleaning up, routine etc..
Just today, I asked him again about his upcoming birthday party. He has decided he wants a chocolate cake. But just enough to be shared between him, Chip, mama and papa. He doesn't want to invite any friends, so he said. Just us. Just family. 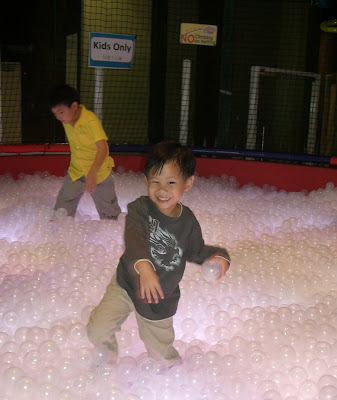 Oh i feel the same way too.. Don't want to grow up!

oh I totally understand. that is why you must cherish and enjoy your life right now, when your only responsibilities are to be a good person and to study hard. Get really good grades! And enjoy being a teenager, my dear! :>