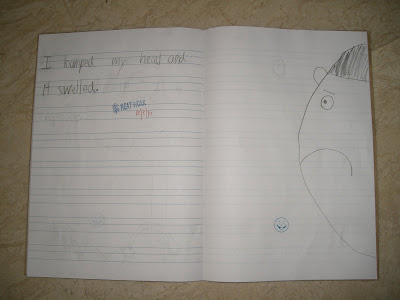 Above: Part of Marcus' school homework.
It makes me laugh!
I usually don't monitor his weekly English and Maths homework which he gets done within 5 min after school every Friday.
So it was a pleasant surprise to go through his homework book one day to read the sentences that he had made and see the accompanying drawings. Some were so cheeky! :>
The next two were also done in school after an excursion on the theme of recycling. 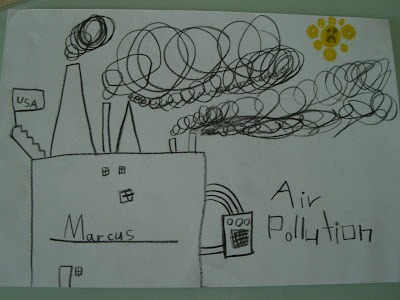 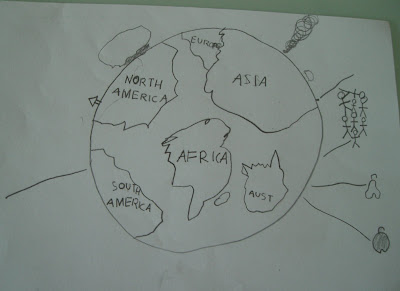 I love the way he expresses his heaps of ideas, especially through his stories and drawings.
I'm real pleased that he is able to see many subject matters and issues gripping the world now in a slightly bigger picture because of his strong base of general knowledge and the way he has been exposed to them through trans-disciplinary thematic approach. It gives him the confidence to ask more questions, share his views and debate with others in discussions, which in turn strengthens his understanding and fuel his desire to learn more.
The next few drawings were done at home. 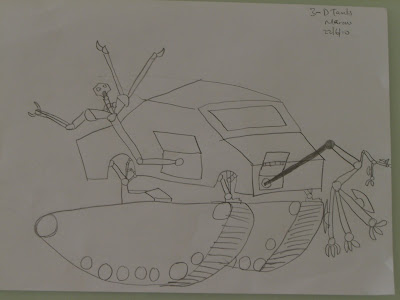 I thought the 3D tracks on this Robot are cool. Love those added arms meant to defend itself and attack enemies. He insisted that it is NOT a tank, but a robot that has a body which looks like a tank. Hmm..
This maze was created for grandpa a few months ago, during the period when Marcus was crazy about making complex mazes to challenge us. We posted it to London, and grandpa mailed it back with the red line. The boy was in awe that his grandpa could crack it!  Haha! 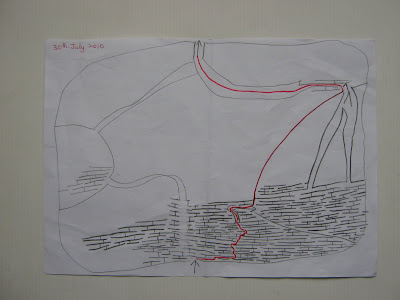 Well, he is STILL very much in the "General Grievous" phase. So on average, we can expect to see 2 or 3 detailed drawings of this guy on a daily basis. 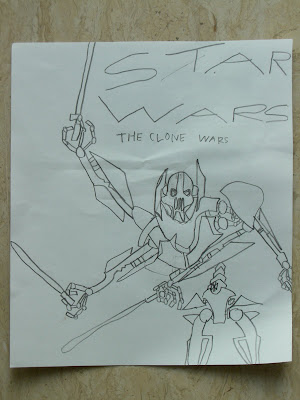 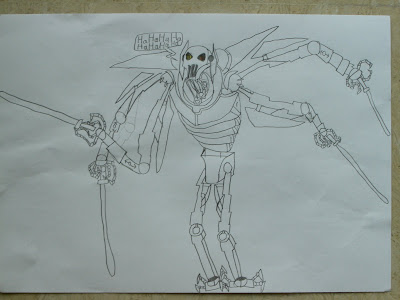 I asked him about this impossible-to-pronounce name of this object that he has drawn. His idea cracks me up! He has this funny idea that the longer the name, the more powerful the object may seem! So it is a super duper omnipotent robot capable of the most impossible acts. But I can't remember what acts now. Oops. 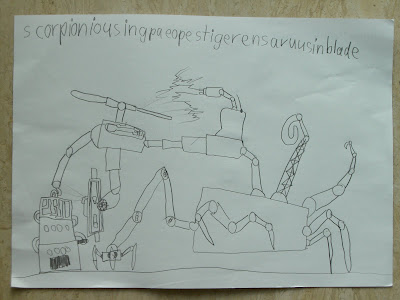 This last picture of another robot is inspired by scorpion! :> 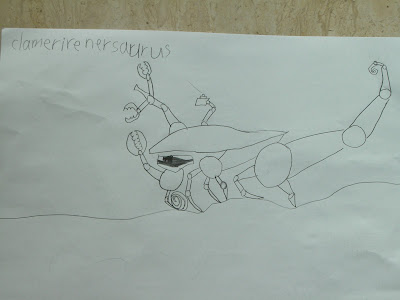 The next few oil pastels and acrylic paint pieces were completed in his art class in school. 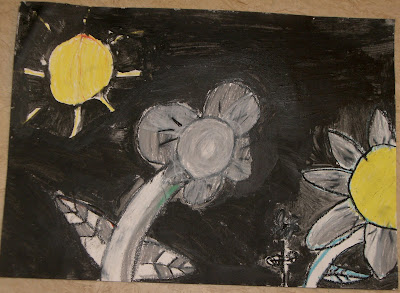 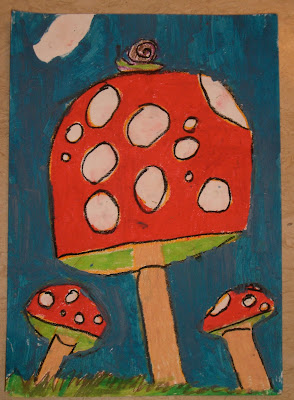 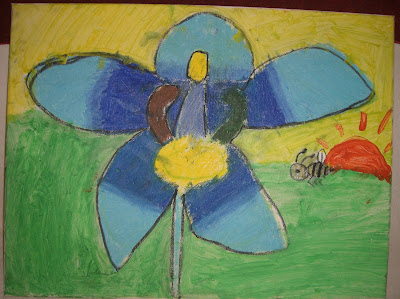 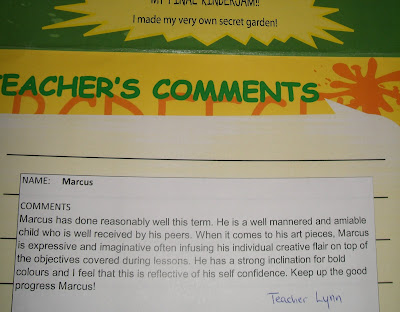 The Beauties In Our Lives said...

What marvelous work indeed! I found his grasp of the continents very accurate and impressive, and I love how he drew them simply onto a globe. Amazing depictions of artwork as well - I love those bold strokes of drawings and brilliant colours! You had done a wonderful job on your son indeed :)

A little error on Asia and Africa actually but it is good enough to us, especially since he drew the picture from memory. :>

Oh I can't take any credit for the artwork at all. Embarrassingly, I can't draw to save my life! He did all his drawings on his own. Most progress he has made in drawing was self-taught. The last few paintings were done in school.

Wow @ at robotic figurine, if I didn't know him I would thought it's a masterpieces from a teenager!^-^

Have a nice day!
p/s: I love his handwriting, it's so... technical!

His General Grievous drawings are incredible! I did a double take when I saw them, fantastic detail and proportion. Wow!

His robots r really impressive :) . My kids have never drawn a single robot... I wonder if Boy will when older, hmmm.

Thanks ladies. :> Marcus beamed with pride when I told him that my friends like what he drew.