When They Meet Again

They first met when M was about a year old. After some gatherings and playdates in the following year, L's family moved abroad.

Then last October, L came back and the boys met up again for a brief playdate. M drew L a momento. At that time, he only gave his drawings to people he really liked, so that gesture showed how much he favoured L.
A few weeks later, L returned the favour by mailing M a cute drawing of the London tube. :> 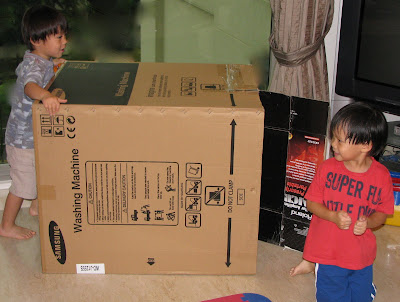 This July, they met again. In London instead.
At first, M refused to say hello and kept insisting that he was shy. He had no memory of who Luke is, not even when I showed him photos on the blog.
But by the time we walked from Harrods to Hyde Park, the boys had rekindled their interest in each other. For the next 3 hrs, they got on so well. 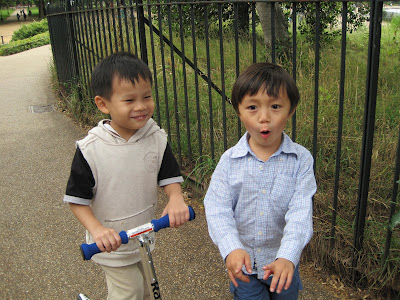 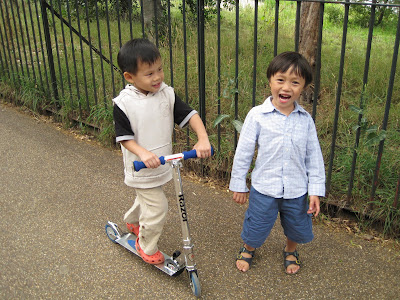 Courtesy of L's mum. Thanks V!
It is so lovely to look at photos of them together.

Hopefully they'll meet again at the end of the month when we come back! Let's try to arrange something.